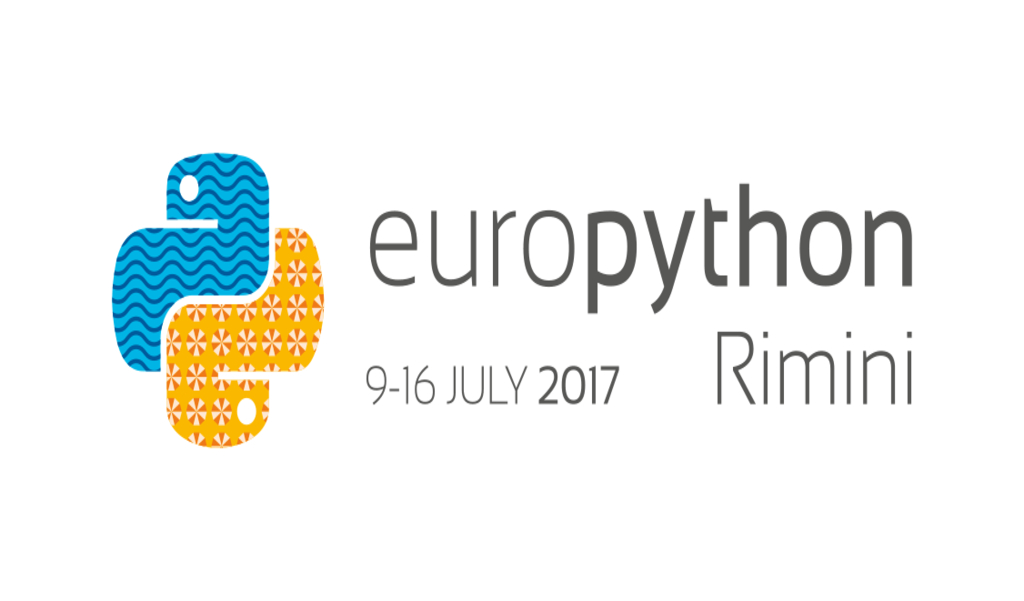 Hi guys, It had been an awesome one week for me in Rimini, Italy. In this blog I will tell you about the moments I had at EuroPython Conference 2017. This blog will be more visualistic so brace yourself up.

First of all meet my coala team. It’s because of these guys that I had been to such a wonderful conference. Made lots of friends. Had a talk with creative and likely minded people. My dream of having a beer with my GSoC mentor Niklas got fulfilled ^_^ . And later ofcourse some awesome cuisines, dinner, beer and wine ;) 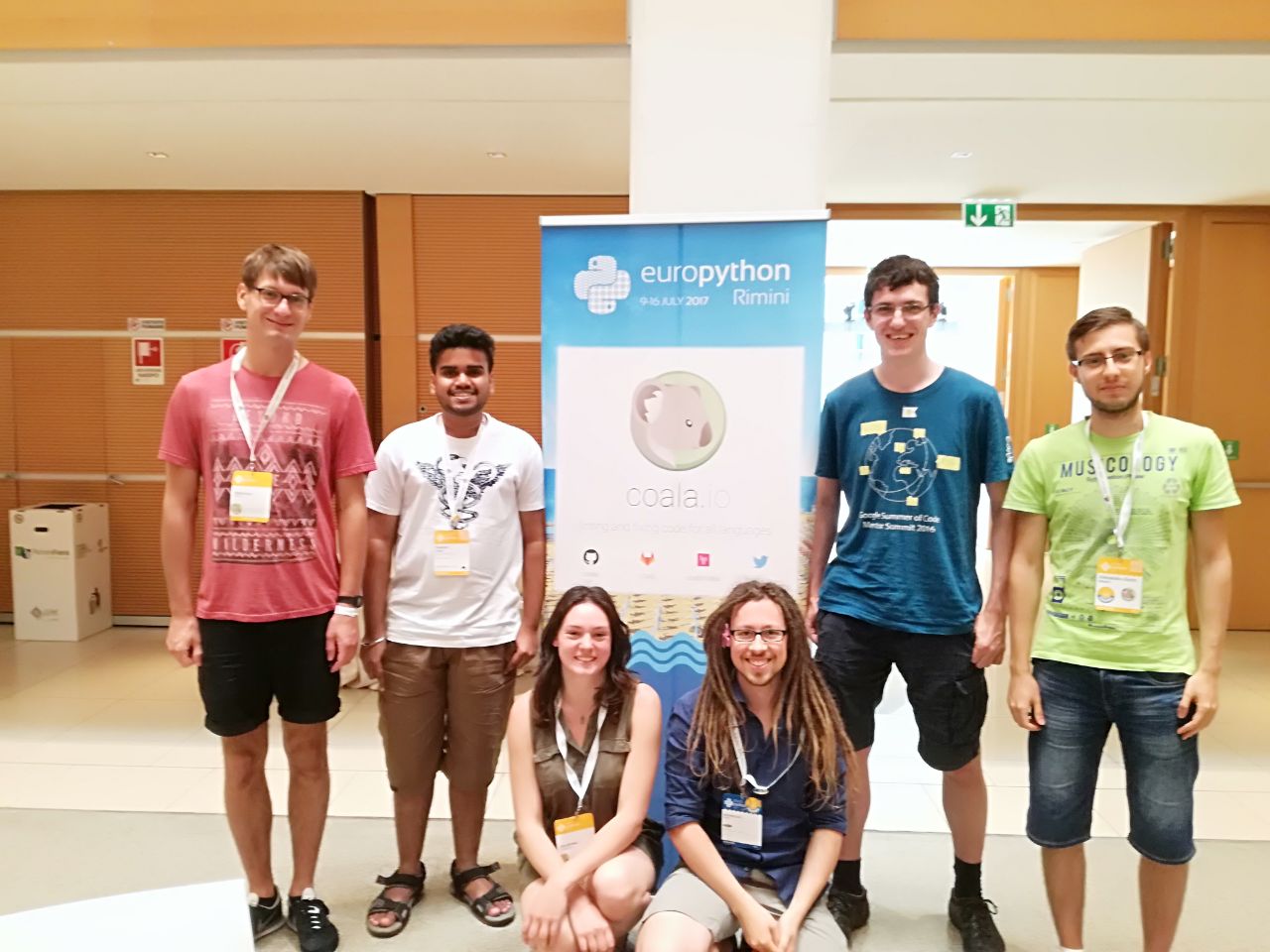 Oh we’re 9 people by the way. Some of them are in my later pics.

When I reached at the AirBnB and opened the fridge. I found these on the very moment ^_^ It’s called the coala ritual. Well every new-comers gets a bar of chocolates. Or a piece :P if we are running out of them. You have to get your hands on those awesome chocolates <3 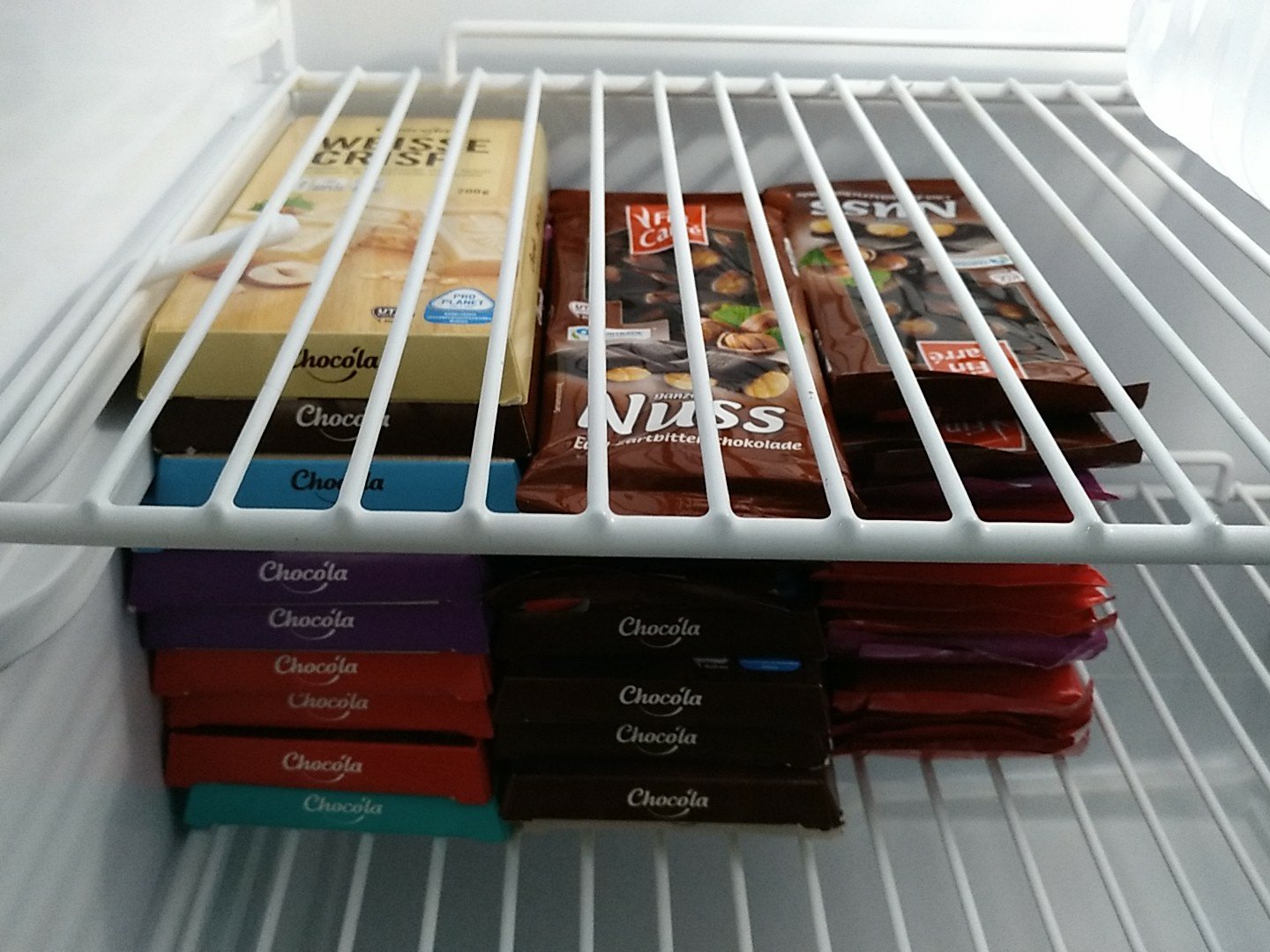 Anyway lets move ahead, it was an awesome experience for me cause this was my first technical conference and on the first day itself, we organized Beginner’s Day Workshop. Where I was mentoring a group of people with pandas library, Machine-Learning and Data Science stuff. It was more like of knowledge sharing session. And at the end of the day we had to share with everyone what we did/discussed the whole day. It was pretty much sweeeeet.

Then at the beginning of each day we had keynote sessions. In which everyone participated. And the whole Amphitheatro was completely filled. Wanna see the crowd? 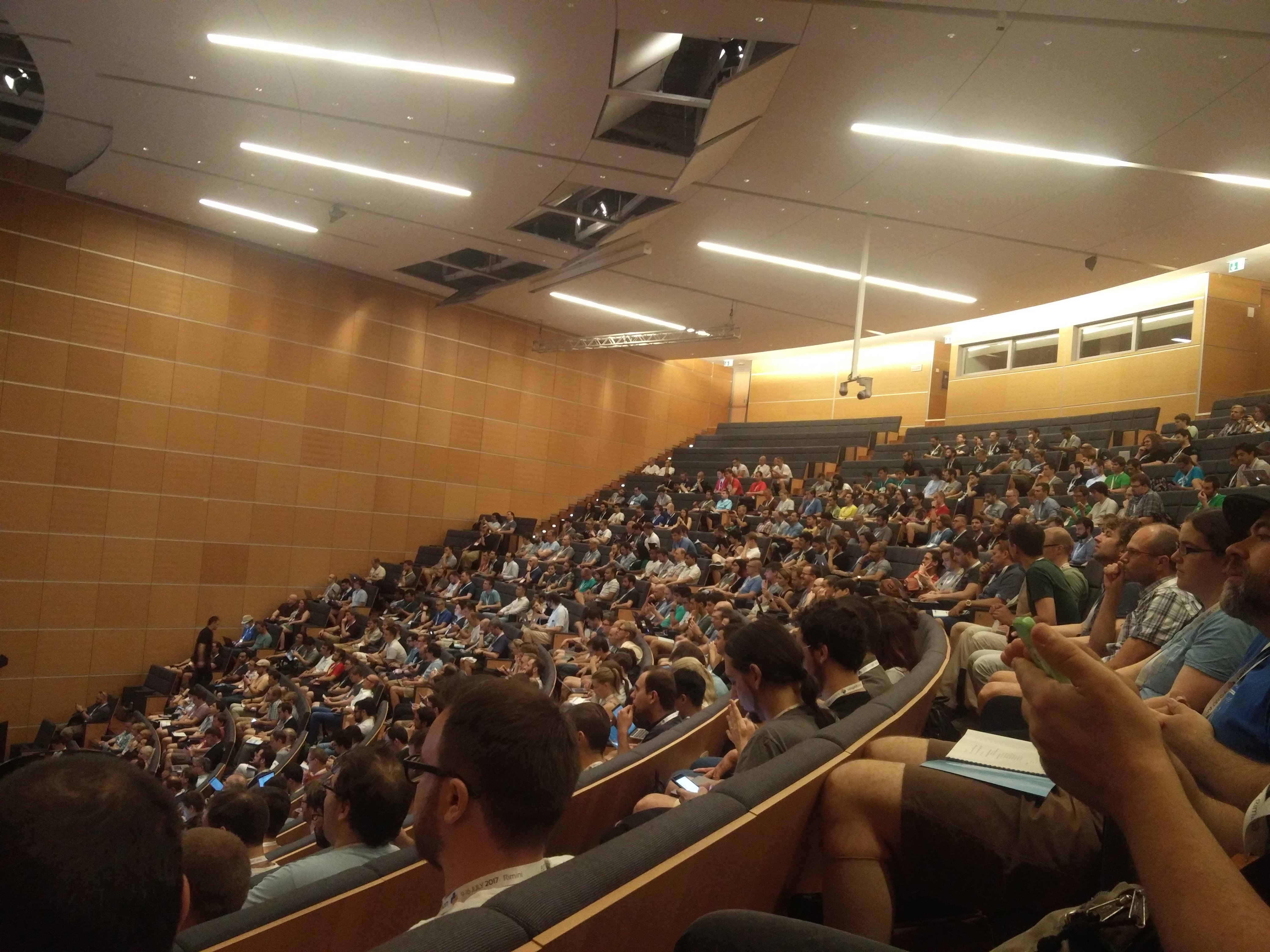 Then I kind of sticked to coala’s desk at sponsors room. Where I helped people to understand what coala was about. For some I even fired it up on there machines. And then I met a lot of sponsoring people from companies like facebook, kiwi.com, Intel etc.

The most amazing guys which I met was the kiwi.com people. Met Simone Esposito and Jan Bleha. It was my pleasure meeting them personally. And these guys were also one of the reason of making my trip to Italy affordable. They gave me flight vouchers of 200 Euros in a programme called Sourcelift. Also later that day they invited all coala people to their BEACH PARTY!! You Guys you are AWESOME ^_^

Here’s a pic of Jan and me(Saurav). 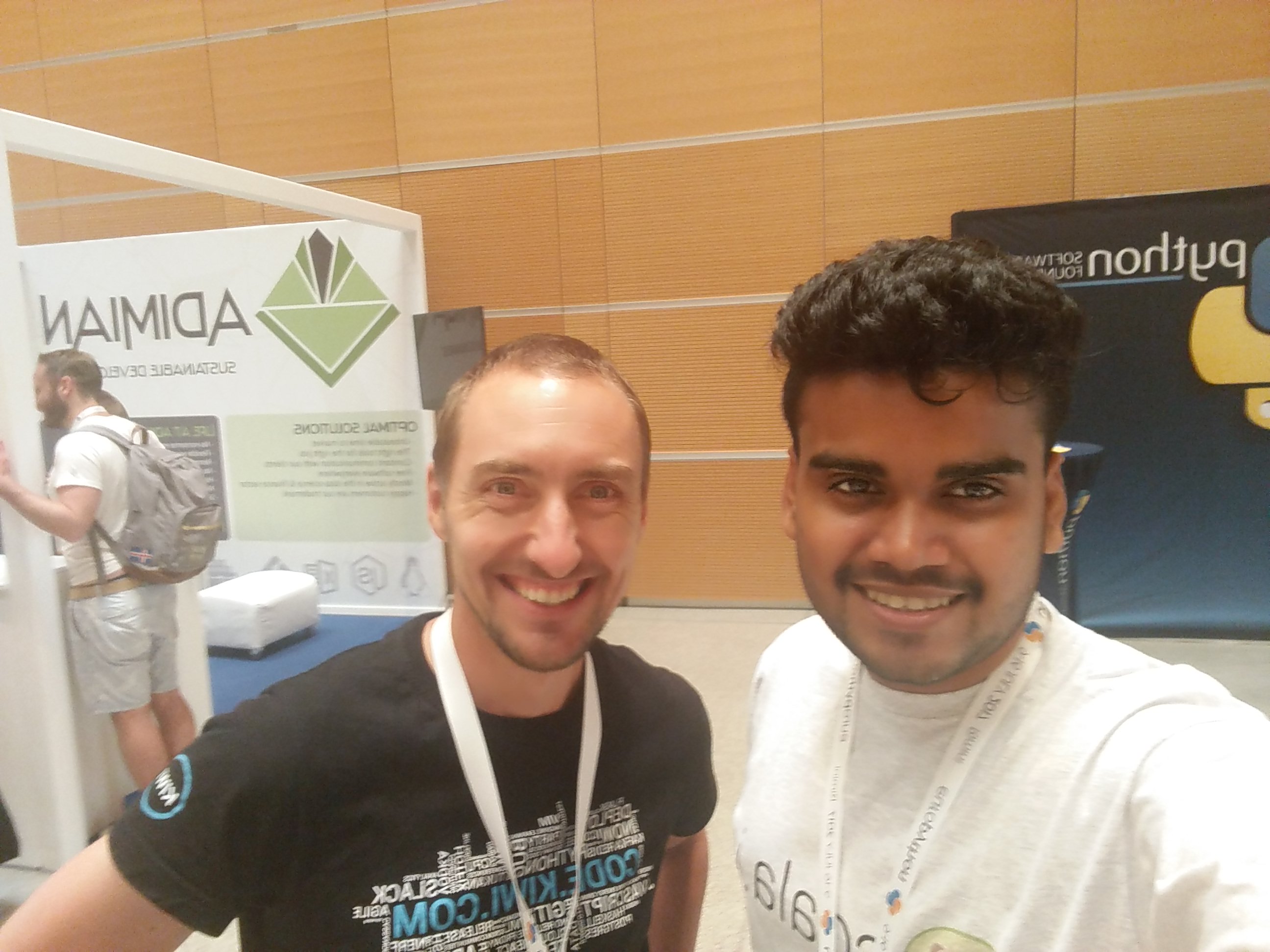 At the end of the conference day we had Lightening Talks which was the coolest part of whole EuroPython according to me. In which random people chooses their topic of interest and speak on it for 5 mins. Even I gave a talk about “A Newcomers Perspective to FOSS” where I explained about my experience of OpenSource. Which was pretty good experience for me, considering the fact that it was my first public speaking experience.

Although every day was pretty tiring in the end. But guess what? we were so close to beach that I dont think of the day where we didn’t walked on the shore-line. Here’s how it looks. 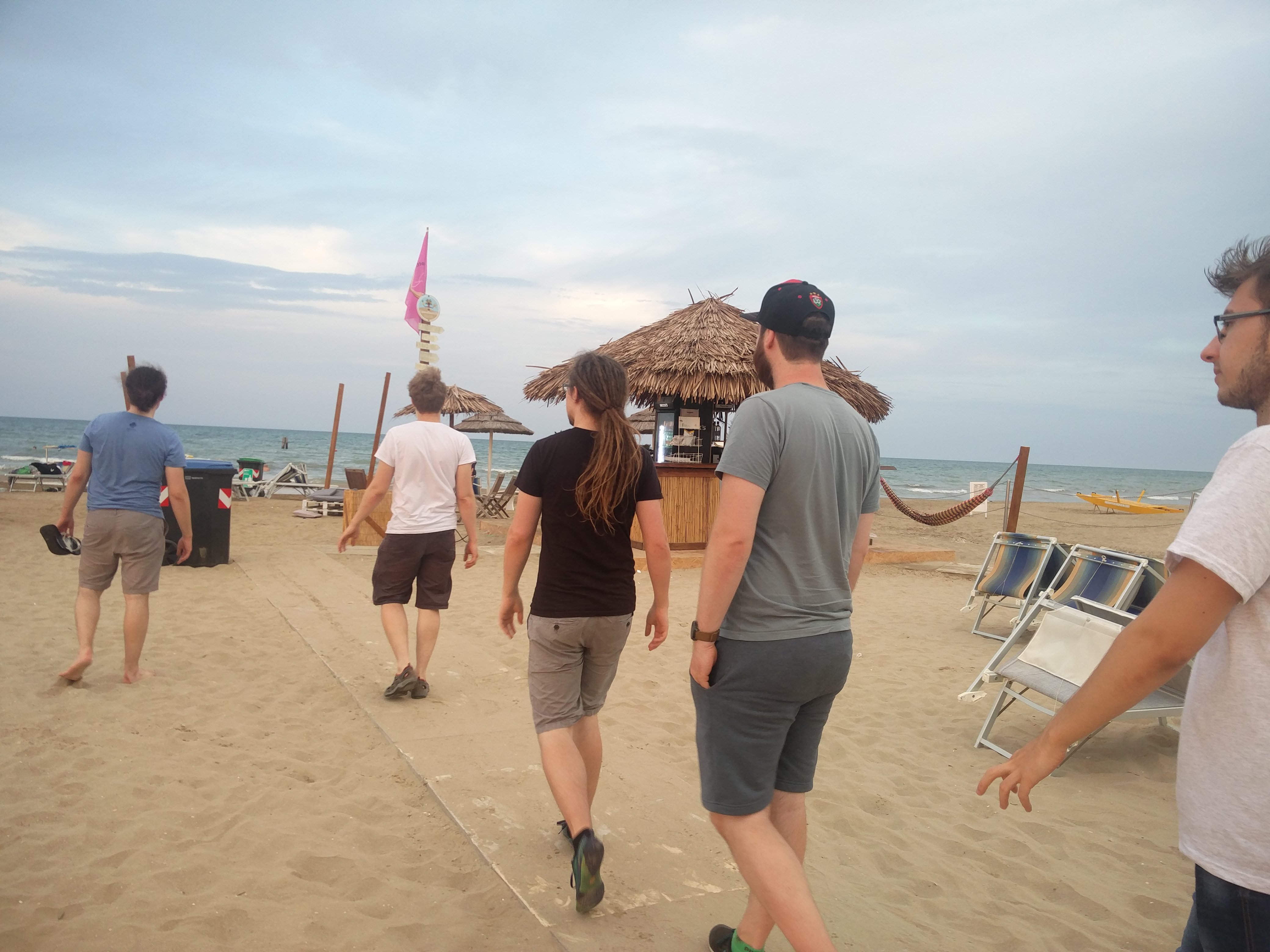 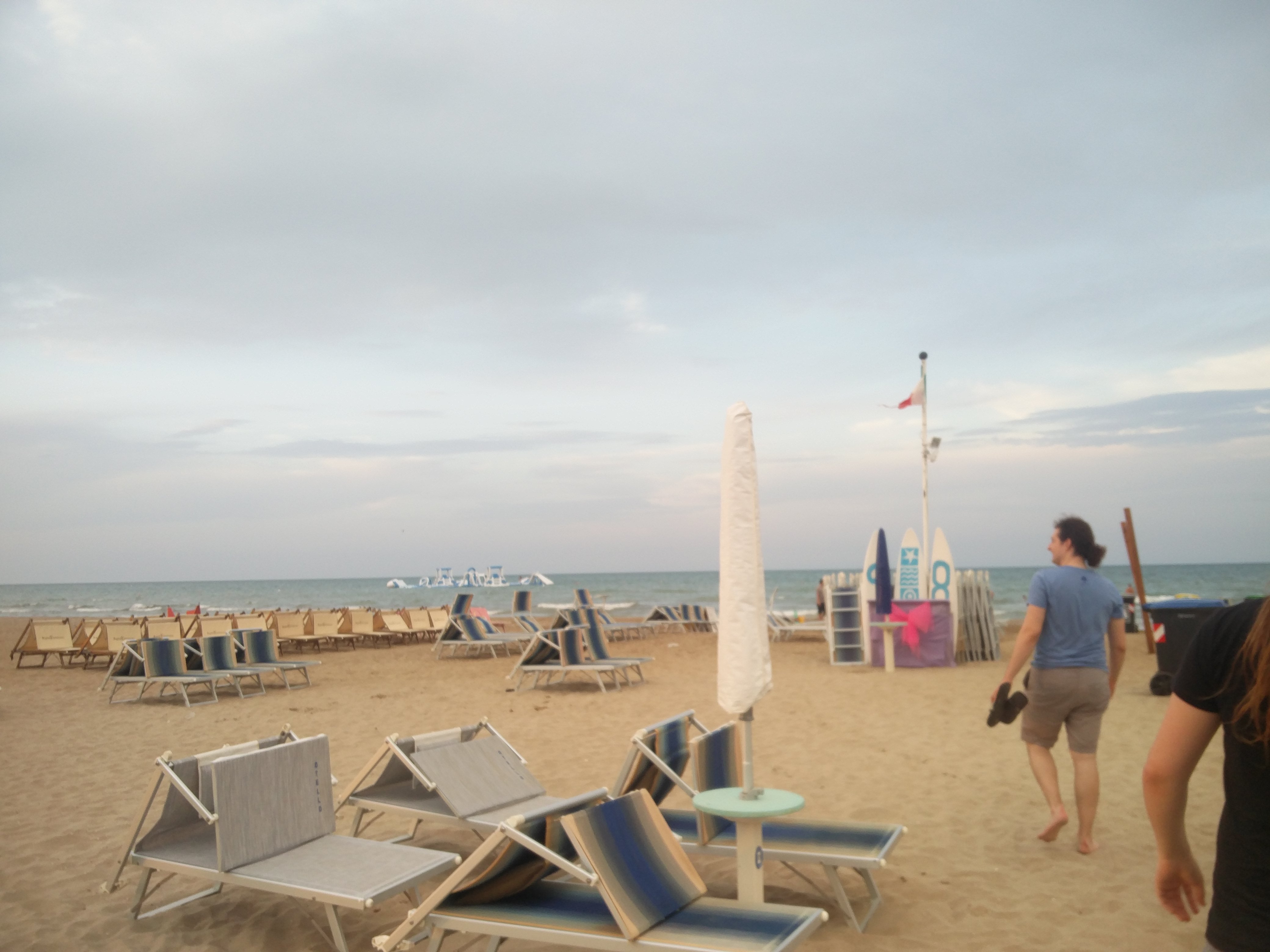 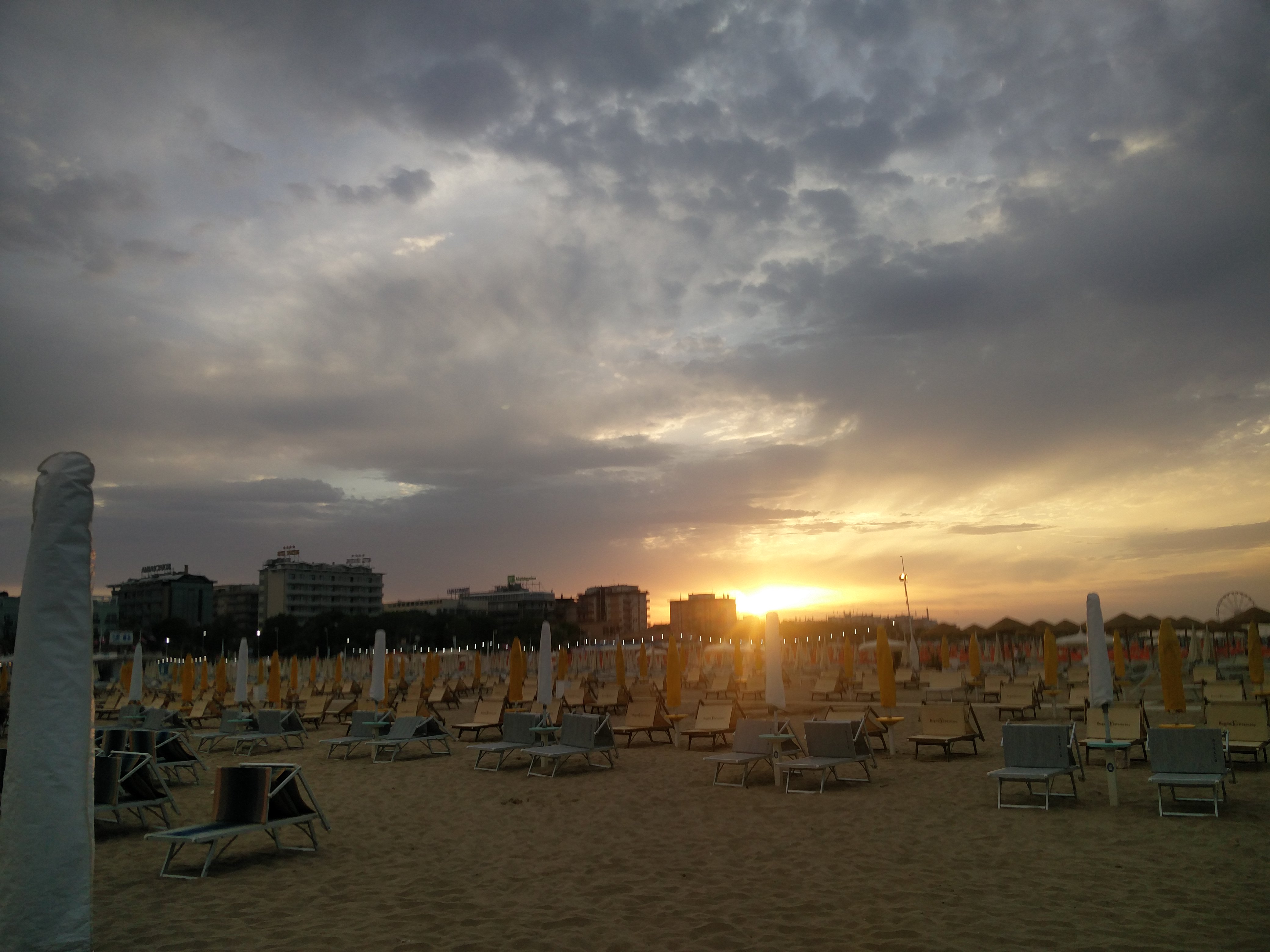 Then there was the day of EuroPython Social Event ^_^ I gotta tell this, the food was just amazing. And we had lots of fun especially that drinking game with beer xD.

This was one of the best group pics I have. 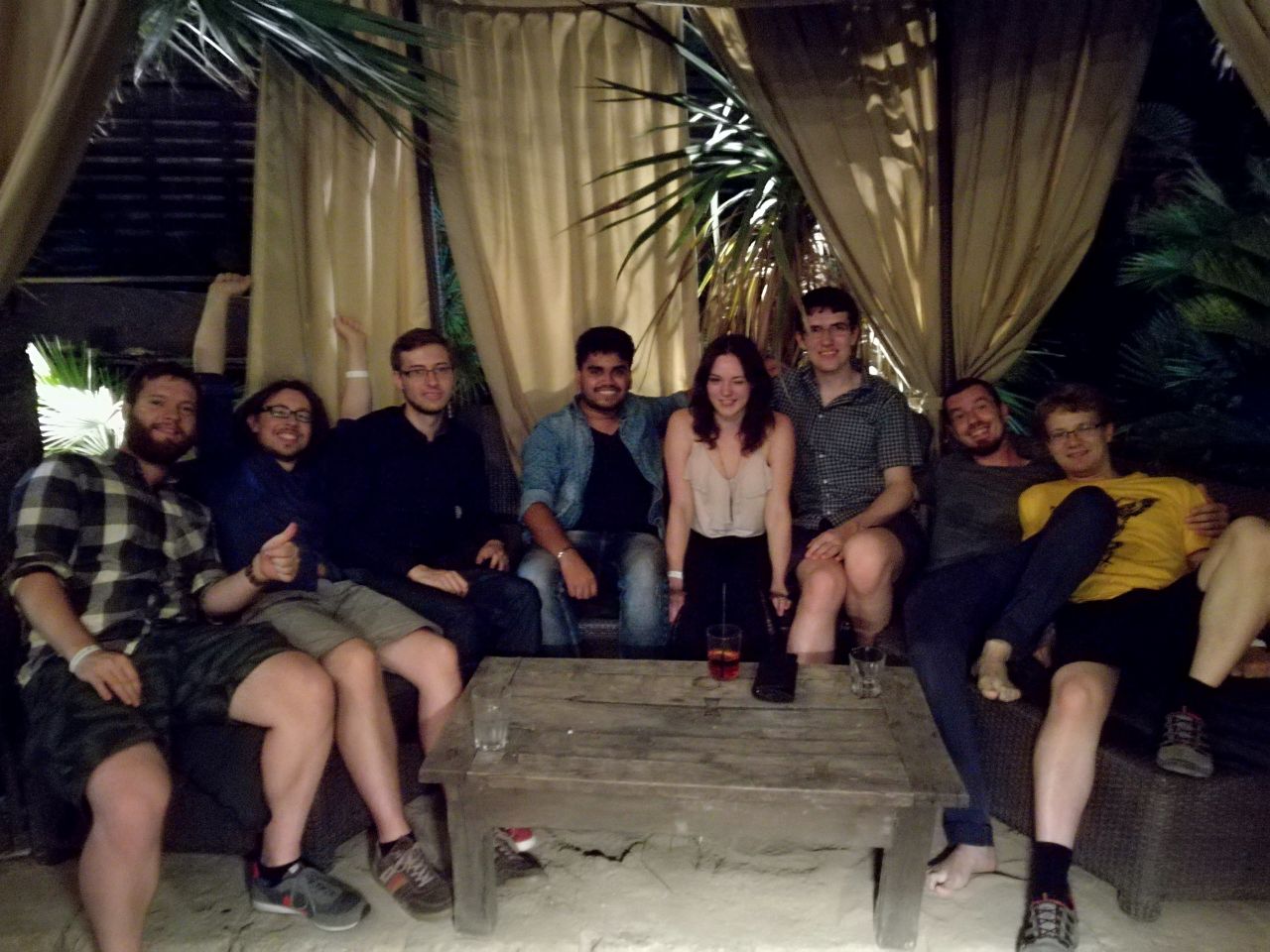 Anyway at the end of the week I was happy but on the same side a bit sad cause EuroPython was coming to end. Surely If I will get the same opportunity again I won’t miss it. And maybe every year from now on I will be attending EuroPython :)

And lastly I want to Thank all the guys who were associated with me on this trip. I really had a good and memorable experience. See you next year :)

Signing off till my next Blog.